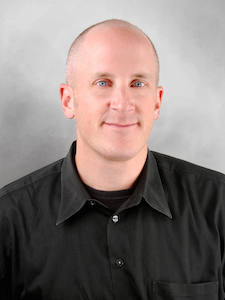 Enjoy a brief presentation on the secrets of success for launching a new venture by Dan Roselli at the CAAC Inaugural Club Meeting on February 17, 2016.

Dan and his business partner and wife, Sara Garcés, are co-founders of Packard Place which focuses on the core values of "Innovation. Entrepreneurship. Community.”  Packard Place is devoted to developing fast growth entrepreneurial companies and has over 100 companies as residents in the community.   Packard Place houses 6 different business incubator programs:  RevTechLabs (Revolutionary Tech), QCFinTech (Financial Service), QCForward’s IMPACT3 (Social Entrepreneurship), IMPACTU (College Students), City Start Up Labs (African American Men), and CLTJoules (Energy).  Packard Place is one of the largest entrepreneurial and tech centers in the country outside of New York, Boston and Silicon Valley.

Dan's first career was in Fortune 500 marketing working in senior marketing positions for General Mills, Colgate Palmolive, and M&M/MARS.  Dan and his family moved to Charlotte in 2000 to become the Brand & Advertising Executive for Bank of America where he oversaw Brand Strategy and Marketing Communications for the company globally.  Dan was also the youngest person ever to serve on the Operating Committee of Bank of America.

Dan began his entrepreneurial career in 2003 and was one of the original co-founders of Internet marketing firm Red Ventures.  He has co-founded three different companies that have made it to the INC 500 list of fastest growing private companies in America.  Dan has been recognized on the Charlotte Business Journal’s “Fast 50” list of growing companies in Charlotte more than any other entrepreneur in Charlotte.

Dan has a finance degree from Michigan State University and a MBA in marketing from the University of Minnesota. Dan has been honored by several awards including the Top 50 Entrepreneurs Award, Forty Under 40, and has been named a combined eight times to the Inc. 500/5000 List.  In 2012, Sustain Charlotte named Dan as the “Overall Community Leader” in the award's first year.  Dan is also the past Chairman of the Board of Alpha Kappa Psi Business Fraternity.  He is the father of two sets of twins and is a passionate Spartan.  Go Green.