Congratulations to the recipients of the 2018 CAAC Book Award!

Congratulations to the recipients of the 2018 CAAC Book Award, an achievement award presented to selected outstanding high school students who display “excellence in academic scholarship, high character, and the accomplishment of many worthy achievements.”

CAAC was excited to partner with 10 high schools this year, up from 4 in 2017, and we hope to expand your reach to more schools in the Carolinas in 2019.

If you are interested in bringing the CAAC Book Award to a high school you have a connection with and/or if you would like to be an Alumni presenter and present the Book Award in Spring 2019, please email [email protected]

Congratulations to the following outstanding scholars nominated by their high schools to receive the 2018 CAAC Book Award: 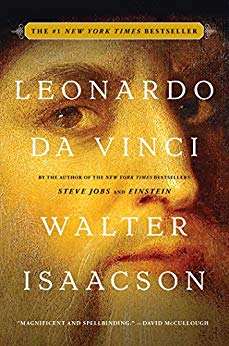 Isabella was nominated because she is an exceptionally inclusive and involved student. She serves as a strong class president and founded Ashley Hall’s dram club.

Andrew was nominated because he an incredibly bright, inquisitive, and responsible. He excels in the classroom, onstage, and on the athletic field or swimming pool. He is a voracious learner who always has his hand up in class and is a problem solver. He also writers, plays guitar, has a black belt in karate – truly someone who strives to do it all.

Emile was nominated because he is a curious, driven, and disciplined student who manages a demanding academic and extra-curricular schedule and is a star swimmer on the school team.  He is very engaged in the school community including serving on the student government’s mental health and wellness committee.

Hana was nominated because she is inquisitive, compassionate, all around student and athlete. She runs track and excels in science, winning numerous science fair award and recognitions, and spent the summer of 2018 attending a prestigious program for young scientists.

Kathleen was nominated because she is an outstanding student – ranked third in a class of 265 students with a GPA over 5.0. She is also involved in National honor Society, the Key Club, and a member of the track and cross-country teams.

Maya was nominated because she has excellent grades and is involved in over eight different extracurricular teams and activities including being co-captain of the basketball team, vice president for the Beta Club, working in the business office and participating in volleyball and track.

Mark was nominated because he is an excellent student role model – striving to be the best he can be each day. He is inclusive to all and a joy to have on campus.

Grayson was nominated because he is number one in his class and an excellent student and leader.

Nikoly was nominated because she is an excellent scholar and athlete. She is the only female on the wrestling team, has a 4.4 GPA, and will be the first in her family to attend university next year.

Srikar was nominated because he is fully engaged in learning and goes above and beyond. He sets high goals and exceeds them on a regular basis. He is very interested in STEM, a leader of the service club, and created a music collaborative, Weston Estate, whose music can be found on SoundCloud.